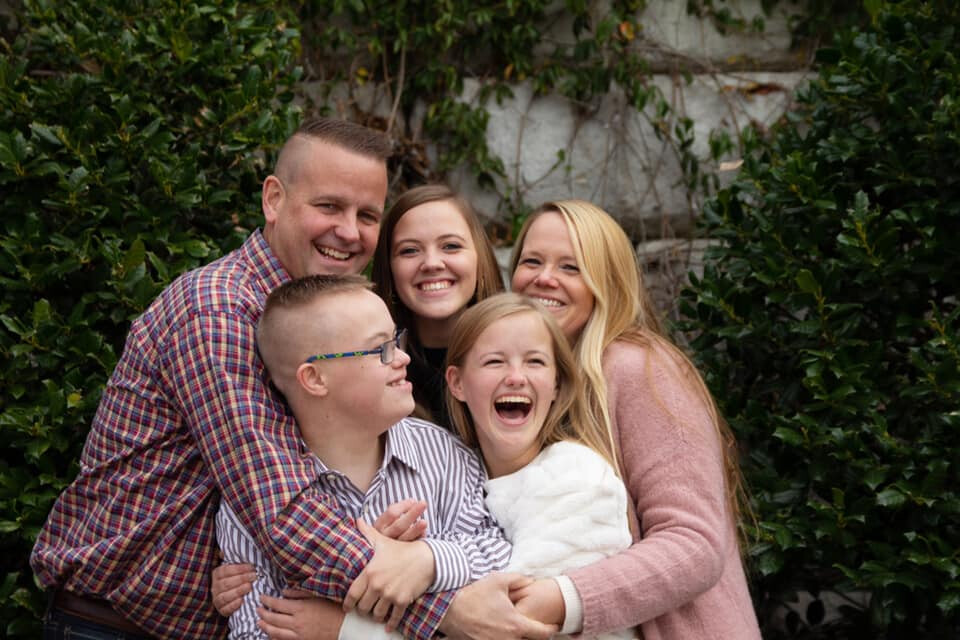 Jay Fannin is coming in view of a call as our pastor on Sunday, May 31.  We will have a Meet and Greet with Q&A on Saturday, May 30. This will be in the auditorium with designated times for each Life Group.  Those are as follows:

Get to know Jay:

Married to Nikki for 26 years on May 28th. Nikki is my greatest balance in life and ministry. She works at Dallas Baptist University as an admin for the Graduate School of Ministry. We have three children: Christa, Catie, and Toby. Christa is going to begin her senior year at Dallas Baptist University, Catie is going to be a sophomore in high school, and Toby is 8th grade age and attends Green Oaks School in Arlington.

I have served as the Associate Pastor to Students and Recreation for the last 22 ½ years at Wedgwood Baptist. The ministry focus for the last sixteen years has been focused on discipling students and encouraging the multiplication process of discipleship. I attended Southwestern Baptist Theological Seminary where I received a Master of Arts in Christian Education and I am currently in the final stages of receiving a Ph.D. from Dallas Baptist University in Leadership Studies.

In September of 1978, my parents separated and about eight months later, I watched a friend have a family celebration in the back of the church because he accepted Christ and was baptized. In my seven-year-old mind, I thought that my parents would have to be in the same room and be happy. I hoped that might get them back together. A decision that was completely empty and selfish. The summer before my senior year in high school, I attended youth camp with my church. My dad was in my life, but I did not see him very much since he lived over four hours away. My mom’s husband just had a heart attack and was just home from heart surgery when I left for camp. While at camp the camp pastor spoke on how God was a father to the fatherless. Although I was a “good” kid, I was lost without Christ. That night, the idea that God could be my father was what caused me to surrender my life to Christ. Along with this newfound heavenly father, I also struggled with immense pride in my athletic abilities and myself. That week, I also learned to find my pride in what Christ does through me rather than in anything I could do on my own.

The summer following high school, I began to work through and struggle with the idea of being called into ministry. I did not fully understand what that entailed, and I began to seek guidance and wisdom into what this calling might really be. After a failed first semester of college, I returned home and began to work with my church’s new youth minister. During the summer, I was able to serve as a counselor at youth camp. Throughout that week, I was told by the other adult counselors that there was no doubt that I was called into ministry as my life’s calling. Those conversations, other events during the week, and time spent with the Lord confirmed that I was called into ministry as a vocation. I still did not know exactly what kind of ministry that was, but I knew it was from the Lord. Almost a year after beginning Seminary, I knew student ministry was my calling. In January, I was hired as the interim youth and recreation minister. Six months later, the interim tag was removed.

In September of 1999, a shooting occurred at my church during a See You at the Pole Rally that I had spearheaded. Seven people were killed, and seven people were wounded. It was one of the most difficult times of my life and ministry. Because there was so much need surrounding me at the church, I neglected the greatest ministry field in my life, my wife. She was there that night and walked with me through it all. I went the extra mile for so many people but was unaware that I was pushing her away. By the grace of God, my marriage did not end in 2002. Nikki and I had to work through lots of hurts, but we arrived through it with a renewed sense of love and life partnership. He truly restored the broken hearted.

In May of 2006, Nikki and I discovered that Toby might be born with Down Syndrome. The next six months were an absolute emotional roller coaster. We were told all kinds of difficult things, but in those times we discovered the peace and goodness of God in ways we never experienced. We saw God do things during those months that are true miracles of God. Toby means “the Lord is good,” and because of Toby’s life and many other experiences, we know the Lord is always good!

Over that last five years, God has shifted my calling toward the Senior/Lead pastor role. Throughout all of my ministry God has not wasted one second in preparing me for the role of being the lead shepherd of a church.